Roka Luscort is a warrior priestess of Marsterria, she makes a brief appearance in the end of True route in Battle Goddess Verita. She is shown using a Spear as her main weapon. During her trip in Yuidora (God Catching Alchemy Meister), she got her Madou Armor from Wil.

Her voice actor is Aoyama Yukari(青山ゆかり) who also voiced for Karian from Princess General, Luna Clear from Episode-0 and Verita, and Black Eushully-Chan.

She first encounters Celica while on a mission to seal away a demon near the town of Milphe. The two meet in the common room at their inn, and an attraction forms almost immediately: Roka is drawn to Celica's quiet strength, while Celica is strongly reminded of Luna. When the angel Ilzave appears to warn the townspeople against intruding in the mine, Roka learns from her that Celica is connected to the Old Gods. Realizing that Celica and Ilzave are destined to be enemies, she asks if she can have Celica's assistance with her mission first. Together, they successfully defeat the demon, but end up spending a night together in the dungeon, which brings them closer together.

As Celica works his way deeper into the mine, Ilzave reveals more of the mine's true nature to the priestess, including the Old God sealed beneath it, and the fact that the Old God and the Godslayer are soon to make contact. The angel charges Roka with destroying the Godslayer in Marsterria's name; Roka accepts, but then is shocked to discover that Celica and the Godslayer are one and the same. She refuses to fight with him, and is nearly killed when Ilzave retaliates. The sight resonates with Celica and causes him to regain some of his lost power. Before fighting with Ilzave, he sends Roka safely to the surface, where she soon recovers.

Following her gross insubordination in Milphe, which resulted in the capture of an angel and the near-escape of an Old God while failing to eliminate the Godslayer, Roka is sentenced to death and imprisoned by the church. This lasts for six months, until she is pardoned and released by Archbishop Pleiades. Pleiades believes that Roka is the reincarnation of Luna Clear, and that her freedom will allow her to bring Marsterria to even greater glory. She is unswayed by this, maintaining that she is a mere servant of her god, no more and no less.

Once released, Roka makes her way to Rewinia to be reunited with Celica. She fights alongside him for the duration of the conflict with Lapshia and the Seven Elder Demons. However, when she realizes the insane extremes Pleiades is taking in Marsterria's name, she briefly leaves the group to take matters into her own hands. Assisted by Ilzave and Elishe, she battles Pleiades at the great temple of Marsterria and wins. Reminding him that a god's servant does the best they can with the power they have, rather than constantly seeking the power they don't have, she bids him farewell. Pleiades leaves to reflect on his actions alone, and Roka - with Ilzave as her servant - takes the reins to help lead and reconstruct the church. 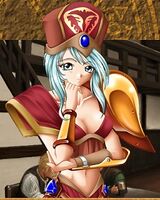 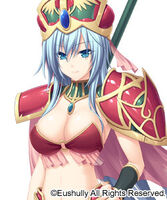 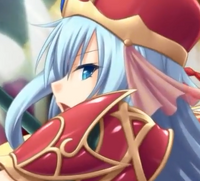