Princess General is the 3rd game of Eushully.

When he was young, Riui lived in the human nation of Menfiru with his human mother. After his half-majin blood began to show, they were chased out and she was murdered. His majin father Gozara, who led the mazoku in the region of Morutenia, took him in. Later, his father was killed by a hero of the humans, Garland. His father's subordinate Gregor took over.

Since the hero killed Gozara, the mazoku who had claimed Morutenia were weakened, and humans of Menfiru began to settle in Morutenia. After biding his time, Riui has gathered subordinates and is finally prepared to take revenge, starting by striking a pioneer village to force the humans out of Morutenia. He acts out of hatred toward humans, with the desire to destroy Menfiru. However, his feelings are more complex than he realizes. 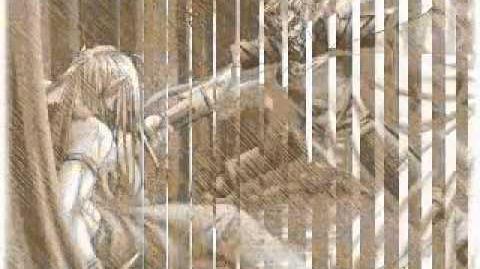