The wiki about Eushully and Anastasia that anyone can edit

Please help out with La DEA of Libra articles!

Quality checkers with fluency in English are needed as well for grammar & spelling checks in articles! 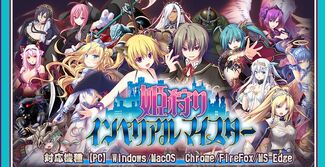 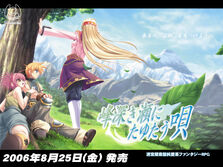 An04
Valkyria of the Blue Sea

An03
Princesses of the Blue Sea

Rita Semih is the ghost of a girl who lived near the Forest of Dorabna, as her title stated she is "Cursed Girl of Dorabna". During Battle Goddess Zero, Kaya and Celica Sylphil went to Forest of Dorabna to investigate the strange things happening there. They found ghost of a girl who haunts the area. After Celica and Kaya defeated her, they found out that it was possessed by the Demon Spear. Kaya purified her and the ghost somehow disappeared.

We've created forms you can use when you want to create a new game or character page. You can find them at these locations:

Or create a new article by using the form below:

Not sure where to start?

Think you can contribute to the numbers? Join us and pick up the challenge! We welcome anyone to our community!