This story continue after, the events in Princess General where Louis ended the war with Mesofiru Empire as victor. Ekria, Princess General of Karusha empire, whose defeated in the war even after awoken Himegami Feirins, escaped as a way of seeking dead she continue her travel with Godslayer Celica. As the bloodline of Feirins weaken seals that is put on the Nakahara continent, causing demons to awaken again. As Louis trying to overcome his emotion after he having to lose his beloved wife, he is force into choice to lead his nation to join with dark or the light force. How will encounter between the Two Hero Louis and Celica change the fate of the world.

For those who are wondering there is three addon Disc for this game.

A downloadable edition of the game can be bought from DLSite Japan. 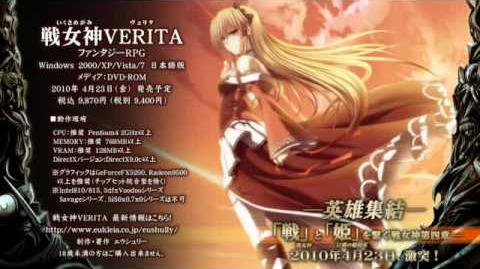