The main hub of travel in the town of Milphe is the town square; from here you can head to a variety of places (listed here in order as they appear on the menu):

If you go into the Bison's Hoof, the third option will bring you back to your room. This gives you another menu:

Leaving town brings you to this screen. Initially only a couple of places are shown, but others will be added as you explore the mine and unlock more sidequests. 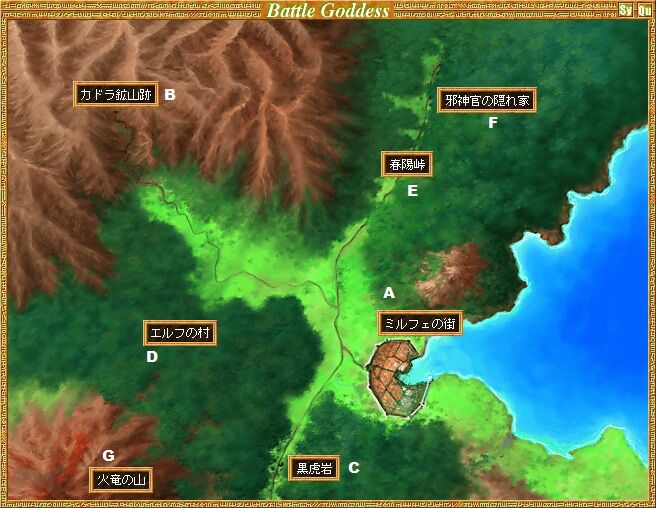 While exploring dungeons, the game cuts to a three-quarters view of the action. 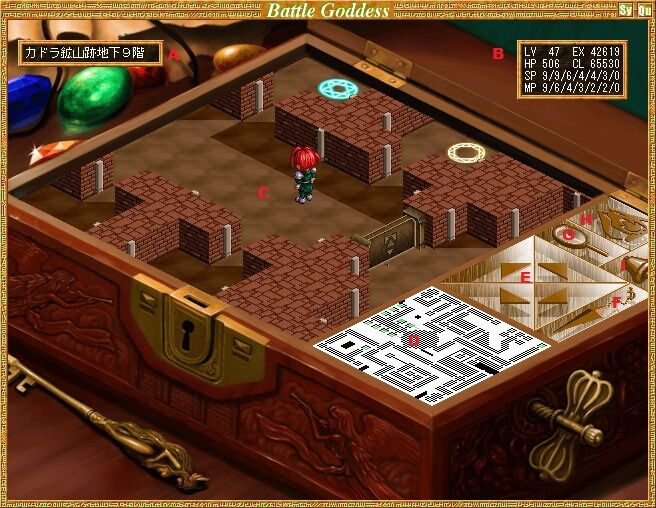 Entering combat, be it a fixed battle or a random encounter, brings you to this screen. 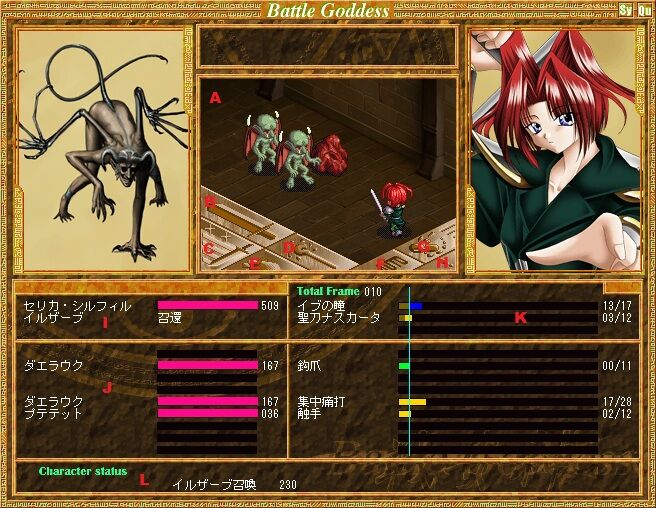 Hitting the button with a picture of Celica will bring you to this screen, which allows you to distribute your points and upgrade your character, as well as using magic or items out of combat. 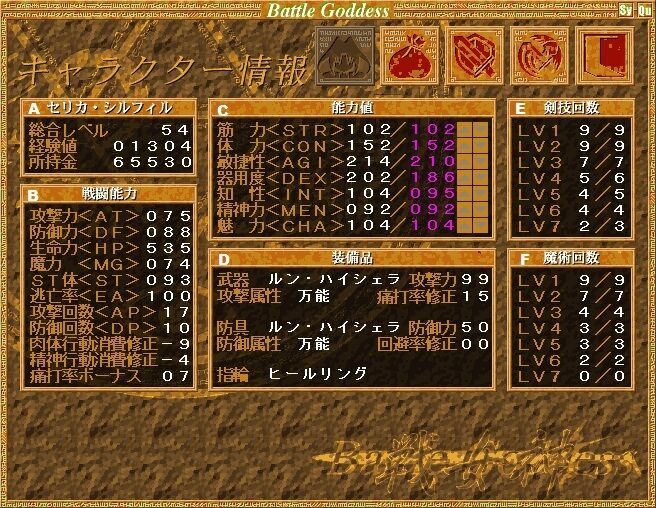 At the upper-right are five buttons:

The six panes on the character screen display information about Celica.

Use the arrow buttons to purchase upgrades to your stats. Your purchases will not become final until after you leave the menu screen.