Celica Sylphil, the immortal warrior known as the Godslayer, lives within the stolen body of the goddess Astraea. For this, he is hunted day in and day out; servants of the gods seek to kill him for the threat he poses, while demons seek to take the power of Astraea's body for themselves. Only the matron goddess of the kingdom of Rewinia offers him sanctuary; alongside the White Dragon Knights and their commander, General Revia, he fights to hold back the forces that would do the kingdom harm.

The aftermath of one such battle leaves the White Dragon Knights in disgrace and Celica drained of his powers to the point of exhaustion. In order to remove both of them from the public eye for a time, they are dispatched to a neighboring country to investigate a bizarre rumor. The people of the town of Milphe report attacks upon lone men by a woman resembling Princess Latina of Rewinia, who vanished without trace eighteen years ago. The Rewinians soon discover that the attacks originate from an abandoned mine outside of town, inhabited by all manner of bandits, monsters, and demons. But as they work their way deeper, Celica and Revia find that others have come to raid its depths; this mine may not be a mine at all, and the lost princess may be just one of its mysteries... 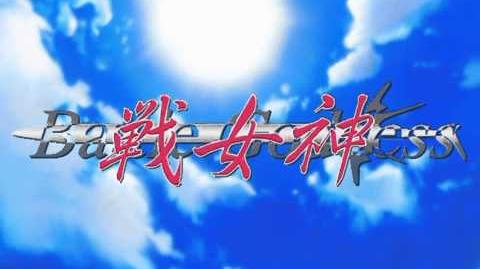