Gameplay features a card battle system with a navigable overworld; individual enemy encounters and events are resolved via card matches. Characters gain experience and level up as you progress, granting bonuses to their cards and their abilities in battle and out in the world.

Senzaki Syuya is a high school student who attends the Second Tengyo Academy with his sister Mirai. One day, he and his friends are caught in an intersection between their modern world and another place called the Waibin (kanji: 歪秤) world that is full of monsters called "creator". As the incident grows and he is drawn into a greater conflict, will he join forces with the angels, the devils, or embark upon a middle path? His choices will ultimately lead the Waibin and the real world towards its eventuality.

In addition to the full version of the game, there are also four append disks: 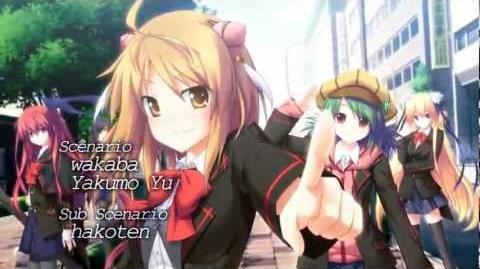